Local news coverage (WSB-TV-Atlanta and WXIA-Atlanta, circa 1999) of two Cobb County High Schools (Walton and Harrison) selling out to soft drink companies (Coke and Pepsi, respectively), the reaction, and the lone protester! This was probably one of those things that made me a bit of a legend amongst the halls of HHS…. Even my baby sister got in on the action, making posters: Even the writers of MTV’s Daria seemed to be in on the riot (though, I’m sad to say, they probably didn’t get the idea exclusively from me): 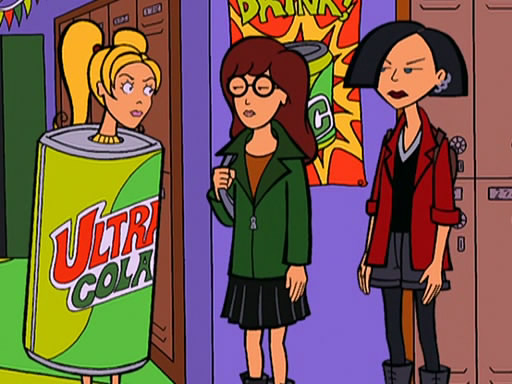