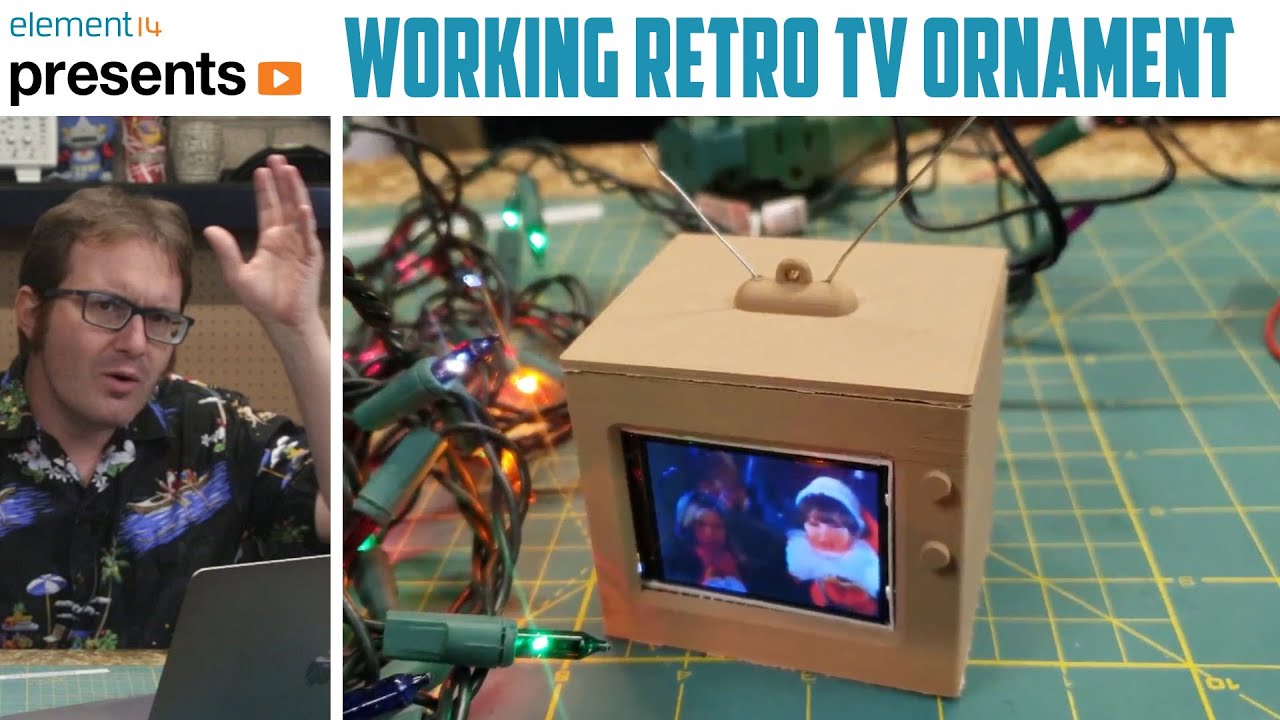 A child of the hyper-consumerist 80s and 90s, Matt grew up on a steady diet of sugared cereal and UHF television. As such, his sense of nostalgia is driven as much by advertising trends of the era as it is by music or other sociological elements. This leads to an interesting relationship with the winter holiday season, where seasonally-themed television commercials hold as high a place in tradition as any carol, tree, or gift exchange. To celebrate this odd bit of seasonal nostalgia, Matt builds a retro-television-themed ornament from a Raspberry Pi that plays those magical commercials from his youth and is powered by a strand of holiday fairy lights!

Engage with the element14 presents team on the element14 Community – suggest builds, find project files and behind the scenes video: http://bit.ly/2MFMG0v